Meet Octavia Connor, CEO of Say Yes to Profits, a virtual CFO Firm headquartered in Atlanta, GA.  I first met Octavia when we had a discovery session (where I was unsuccessful in enrolling her in one of my programs.)  At the time, she was making about $80,000 a year in her full-time business but she KNEW that she was meant for more.  And even though she knew she was meant for more, fear kept her from hiring me.

A year later, she registered for a 1/2 day event I was holding in Atlanta  and she decided to invest in my Strategic Biz Retreat (today it's called the Business Growth Accelerator).  When she joined me for the Strategic Biz Retreat a few months later, she implemented everything and generated $50,000 in new revenue for her business in less than 90 days.

My favorite part of our interview was when Octavia admitted that fear kept her from hiring me a year before she actually did. And trust me, I know that for most people, the fear of the unknown is enough to keep them stuck in the same patterns that are keeping them from what they crave.

As you heard Octavia share, she put working together off and a year later when she was in about the same place, she finally fired fear as the CEO of her company and enrolled in an Incredible Factor University program.

Believe it or not, Octavia is not my only client who waited to invest in themselves via IFU and working directly with me and my top-notched team of coaches. And you’re likely not the only person letting fear keep you from taking the next step.

Octavia has generated MORE THAN $100,000 in the last year as an IFU client, nearly $200,000 if you count the retreat she attended and her first year in the Leverage + Scale Mastermind and she’s just getting started. As we enter our second full year working together, she’s going to make her move towards a million-dollar company.

She's up-leveled her ideal client, refined her offerings and taken her rightful place as a virtual CFO.

At Incredible Factor University, we equip our clients with everything they need to succeed in life and business. Because as you’ve heard me say, you can’t have a booming business when you have a busted life, our programs include life and mindset coaching, accountability and productivity coaching and of course business growth strategy and spiritual alignment and covering. It’s a full service program and community of high achieving women on the verge of shaking the planet.

And the best part? When Octavia shared the following with me, I was so excited:

“The guidance, coaching and mentorship is beyond amazing and the missing piece in my business was finally in place through connecting with Darnyelle. And my family has benefited so massively from my enrollment in Incredible Factor University.” 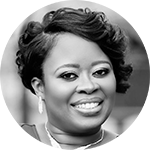 For me, it’s about so much more than the money you’ll earn when you enroll in IFU (financial abundance is a given - it’s about the ripple effect, or as I like to call it, your Planet Shaking Ability – when you show up fully and everyone in your life reaps the benefits and the spiritual abundance takes over, that’s the part I love.  I mean, her family is benefiting from her decision to work with me?!  I LIVE for results like this!!

And trust me, I’m well aware of the fact that there is nothing like Incredible Factor University in the marketplace. Which is all the more reason why you should apply to attend one of my advanced trainings. I will share in detail how I help my clients make more in a month than most do in a year.