Client Interview:
How Darnyelle is Unlike Any Other "Business Coach"

Have the results you’ve produced up to this point in your business made you question if you’re on the right track?

And maybe you're thinking that if something doesn’t change (and fast), your dream of building a business that more than meets your needs will become a nightmare?

Lakisha Dean, Esq. felt the same way before she and I started working together.

When I first met Lakisha, she was bright-eyed and excited about starting her own practice (although she had given up a lot of security to do so). And in our first engagement, I helped her to establish a foundation for business, set packages and pricing that would work in her law practice, and she hit the six-figure mark.

Fast forward 4 years and she was still at the milestone I helped her to hit. She had held steady, but was ready for more. So she hired me again - and this time she was after Next Level Everything.

Now in her third year of the Leverage + Scale Mastery Mastermind, Lakisha’s business is headed for the half million-dollar mark and she’s achieved consecutive year over year growth in excess of 50%.

I’ve helped Lakisha with her systems, continuing to streamline her practice focus, and up-leveling her offerings for her clients, and she’s also started to build her team.

My favorite part of this quick clip with Lakisha is when she said that my work touches every part of who she is... that brings my heart joy because there is truly no one like me in the marketplace.

APPLY NOW TO WORK WITH ME

Here’s what Lakisha said about why every type of service-based entrepreneur needs to work with me:

“If it were not for Darnyelle, I would be running my business like a hamster running that circle. I would not have a six-figure business. She taught me how to handle my numbers and hire an assistant, things that I never ever addressed in law school. And she does it in a way where she shows me, holds me accountable, and allows me and my business to grow. Anyone out there, Darnyelle is not just for coaches, IFU is for professionals.” 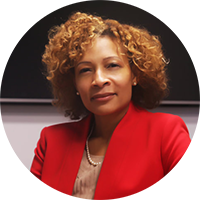 I’m asked all the time how I can help attorneys like Lakisha and the others I work with grow their business or practice in a way that doesn’t compromise their oath and commitment to serve their clients.

No matter the industry, the way we equip our clients to experience unprecedented growth is based on the Pillars of Business Optimization™ – Mindset/Spirituality, Messaging, Marketing, Sales, Operations, Talent and Leadership/Legacy. And within those Pillars, I help my clients focus on what I call the Power of the Leverage + Scale Incredible One™. And when we employ this framework, our clients results double, triple and quadruple in a short period of time.

We also have a commitment to work with the WHOLE business owner – so inside of our program, we have a prophetic coach, life coach, financial management coach and productivity/accountability coach that works with them in addition to our growing team of business coaches and access to IP attorneys and HR consultants.

In this longer video, Lakisha shares more about our journey together and I thought you'd enjoy checking that out too:

Are you an attorney or other service-based professional who is tired of holding steady at your last milestone when you KNOW you were created to THRIVE at your next?

Are you ready to close the gap between you and the transformation you offer?

Do you need help creating and streamlining operational systems so that your business starts to run like clockwork with or without you?

These are all things that we can introduce to your life and business when you join us at Incredible Factor University.

If you’re ready to up-level your business while earning more even though you’re streamlining and working less, I invite you to apply to join us in one of our programs.

Upon approval, you'll gain access to our private advanced training that breaks down our framework and methodology for working with clients, how we help them set up their business to MOVE to Millions and how we support all that they are as spouses, parents, leaders and community servants. And as a part of our training, you will see what's possible and what's the right plan to get you where you want to be.

It all starts with an application.